There’s a lot of ways to be a happier person in this world, but due to the magical human nature of the hedonistic treadmill, constantly dragging us back to a baseline of happiness we struggle to raise, most don’t last very long. Here’s ten powerful ways to actually begin building lasting, potent happiness into your life.

The single best way to grow as a human being is to make sure that you regularly leave your comfort zone. That uncomfortable, unsupported feeling? That’s your mind, competency and skillset growing and developing. That exhilarated, exhausted, happiness you feel after? That’s what Jack Kerouac would call ‘beatific’, the powerful contentment of an exhausting job done well.

Without regularly stepping out of our comfort zones, we can’t really expect to keep developing as people. There’s simply no way.

You need to feel that fear, and that uncertainty, and once you make peace with that, you get to enjoy the exhilaration, contentment and joy that comes with succeeding in a new discipline or environment.

That might all sound a little too grand, though. What leaving your comfort zone really comes down to is going to a dance class. Asking for that promotion at work. Asking that pretty girl or handsome guy out at the coffee shop. It’s pushing yourself to do something that makes you feel panicky when you think too much about it. And that brings me onto the next easy trick…

Get Out of Your Own Head

I know, I know. Easier said than done, right? When you’re walking down the street, and you’re feeling all paranoid about your lack of a shower, or whether people can see your dandruff, and then someone smiles at you, and you get all confused and anxious, and don’t reciprocate right. I get it, it happens to all of us sometimes. What was the problem? Social anxiety? Lack of morning hygiene routine? No. Overthinking.

If you can get out of habits of overthinking, you will feel a lot better. Such a huge percentage of stress in our modern lives in caused simply by dwelling, worrying and overthinking. If we all simply made plans, and calmly stuck by them, adjusting as need be, there’d be next to no stress or anxiety for many of us. 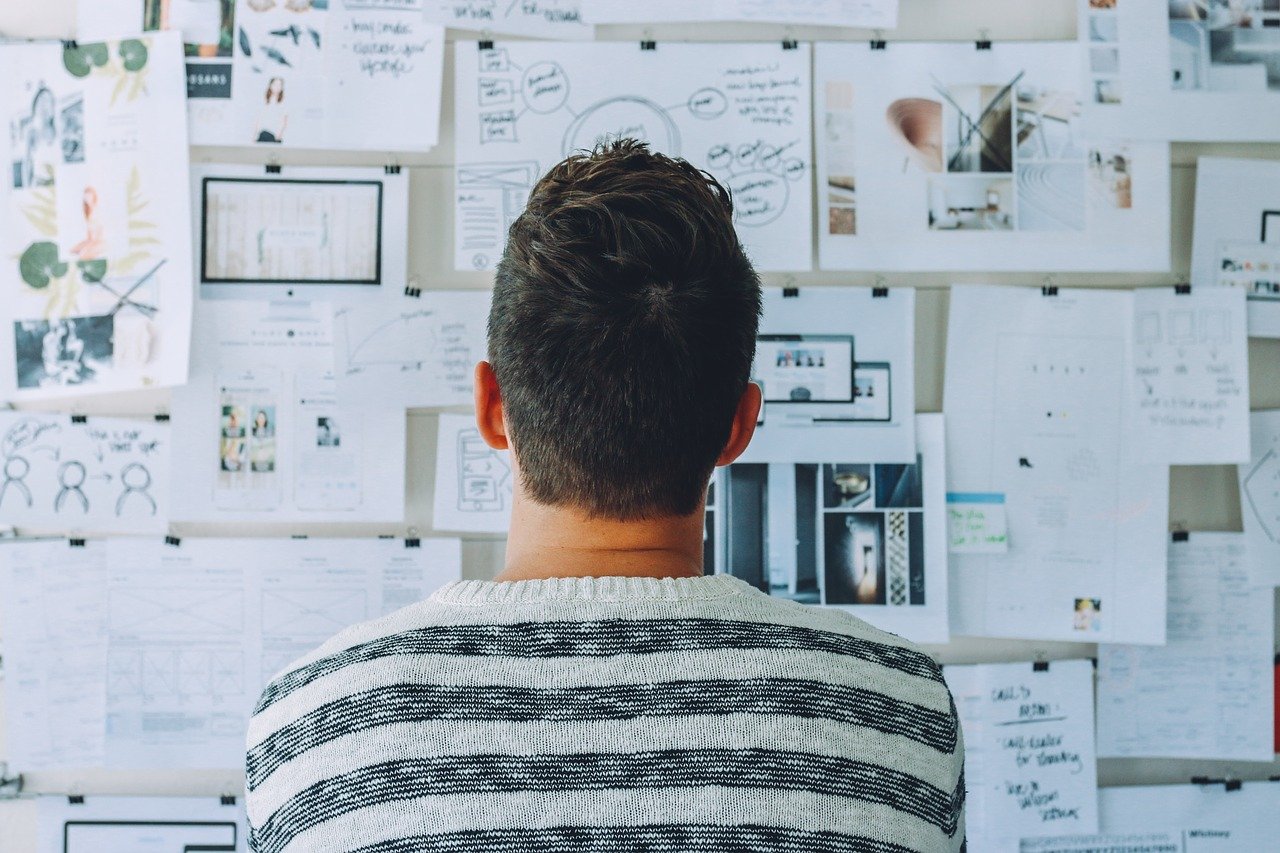 Unfortunately, that’s just not the case. As we struggle to turn our brains off, and try to solve every little problem, each time getting stuck on the last, so you can’t properly react to the next stimuli, you get a little more trapped into a cycle of overthinking.

What you need is meditation. Meditation, in a proper, non-archaic, totally non-mystical sense. You need to clear away all those insane, bubbling thoughts, and you need to focus on the here and now. Listen to that music properly. Properly engage with what your friend is saying. Notice something nice about her, and tell her, unselfconsciously.

Once you stop worrying about everything, and simply trust your instinct and natural character to handle your life, you’ll be happier, and that’s what this is really all about.

Don’t Get Ahead of Yourself

One of the biggest problems in my life is the way I build plans and strategies, and begin to execute them, then, as soon as I start to experience success, my motivation begins to wane. What’s the problem here?

I’m building a solid plan or strategy, then as that’s working away in the background, like it’s designed to, I’m already building on its success, forgetting all the hard work and diligence that I’m going to have to put in first, and simply being keen for the next part, and reaping the rewards.

If you’re guilty of this too, stop. Stop patting yourself on the back for minor successes, and automatically extrapolating out to big successes. It might feel good in the short-term, but it’s a fantasy, and it comes at the cost of reality all too often. You need to be getting on with what you need to do, and when that’s going well, look for ways to do it better. When you’re at a bit of a loss on where to go next, then you can build bigger, better plans. Till then, stop that overthinking, and…

Be Realistic, But Positive

This really is the crux of any successful progression. Whatever you’re doing, whether it’s sport, learning a language, climbing the promotional ladder in your office, you need to be realistic, but positive.

I say positive, because pure realism is not positive. Realism is neutral, but life is cruel, arbitrary and hard, so realism can quickly morph into pessimism, and that’s exactly what you don’t want or need. Pessimism will drag you down, and see you achieving far less than your potential, while burying your head in distractions.

I say realistic before I say positive because the most important thing is to avoid delusion. Avoid becoming a big fish in a little pond, and always try to see and grasp the bigger picture. Most of the time you won’t be able to, but at least you’ll have an understanding of the depth and size of the world beyond your current aspirations. Deluded positivity can come at the cost of true ambition in that sense.

That’s why you need to be realistic, but positive. It’s the only way to achieve something massive, and humans are only ever truly happy when they feel they’re working on something vital and important. The instant you feel you’re wasting your life away is always going to be an unhappy moment that kills motivation and drive.

You only get one you. That’s just one body, and just one mind. If you treat yourself badly, you’re in effect, disrespecting the greatest gift you’ll ever receive; your own existence.
What I mean when I say look after yourself is to stop indulging in self-destructive behaviours. If you push people you love away sometimes, try and stop that. If you binge on food or drink to excess sometimes, try to curb that too, before it becomes a real problem.

One of the worst kinds of self-sabotage happens in our minds. It’s the constant self-criticism that picks apart any ideas or thoughts we might have. The one niggling self-sabotaging voice in all our heads is probably responsible for millions of pieces of unmade art, film, songs, albums, businesses, you name it. If you can gain control of that voice, you get to judge logically what’s a good idea and what isn’t, and sometimes you’ll pursue the bad ideas, but at least you’ll be creating something, and that’s another source of happiness and meaning.
In the end though, looking after yourself simply comes down to meaning stop obstructing yourself. You need to be on your own side if you want to achieve big things, and become truly happy and content.

We hear all the time about emotional repression, and how terrible it is to bottle things up, and it really can be. So many people just take the nonsense and pain life throws at them, and deal with the emotional consequences in a totally unhealthy way. From drinking, to video games, to drugs, escapism and bottling things up will see you becoming tired, numb and prone to exploding, like Ned in that one Simpsons episode.