Ubuntu: “I am because we are”

A few days ago, someone told me that there was a documentary on Netflix about a tribe or a community in Africa that is ranked as the happiest in the world. Apparently, the reason for their happiness was the simple fact that when lunch time arrives, the whole community gathers around a big table and eats together, sharing the food.

I’ve searched hard for this documentary and this research but couldn’t find it, though in the process I came across the term “Ubuntu”. Ubuntu is an African philosophy that means “I am because we are”. To illustrate more clearly this concept, I’ll tell you a story: 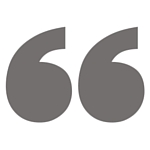 There was an anthropologist who had been studying the culture and habits of a tribe somewhere in Africa. He had been working in that village for some time, and the last day of his stay, he proposed a game to the children of the village.

He prepared a big basket of fruit and treats from the region and placed it under a tree. He marked a line on the earth a few meters away and instructed the children to run at the count of three, and whoever reached the basket first, would be entitled to enjoy it on his or her own. So the kids did as instructed, but the result came as a surprise to the anthropologist: all the kids ran together, holding hands, towards the basket, and when they reached it, they shared all that was in it.

He asked the children why they had done such a thing when one of them could have gotten the whole basket for him or herself, and a little girl answered: “How can one of us be happy if all the other ones aren’t?”

The ubuntu philosophy teaches us the importance of two concepts: