Top 5 Foods to “Eat Yourself Happy”

We all know the impact our diet has on our physical health, but how much do we know about the effect of our nutrition on our mental health?

Felice Jacka, associate professor, psychiatric epidemiologist and director of the Food and Mood Centre at Deakin University, and Chloe McLeod, an accredited practising dietitian, spoke to The Huffington Post Australia and pointed out that “There’s a very strong link between quality of diet and the risk of common mental disorders like depression and anxiety. Depression is very common and extremely disabling. The way diets across the globe have changed over the last 20 or 30 years is profound and very much for the worse. That has had a major impact on the health of the world.”

Our happiness is influenced by many things: love, satisfaction, friends, and so many more. But is it really possible to eat healthy and still be satisfied and be happy at the same time? As a matter of fact, some nutritious foods have indeed a mood-lifting effect, which is why they are sometimes referred as mood food. If you eat smarter, these nutrients can have some amazing benefits for your body & soul.

The process starts in our brain. If our brain is not optimally supplied with nutrients, it can affect our mood and concentration level. Some foods are particularly suited to lift our mood, as they promote the release of endorphins. On the contrary, some ingredients can have a detrimental effect on our wellbeing. As Carolyn C. Ross M.D., M.P.H. indicated: “A diet high in sugar, gluten, omega-6 fatty acids, and toxins can have detrimental effects on the brain and thus on our mental health. Unfortunately, this is the diet we modern Westerners tend to eat.”

Sugar and refined carbohydrates are particularly bad choices for our body and mood: “Sugar can affect the brain the same way an addictive drug does, causing cravings and withdrawal, and perhaps even depression and anxiety.”

The best foods to put you in a good mood

Nutritionist Linda Foster says: “We don’t have the whole picture yet but there are clear indications that, along with regular exercise, sticking to the right diet could help ward off the blues.”

As part of a balanced and varied diet, the following 5 foods can influence your mood: 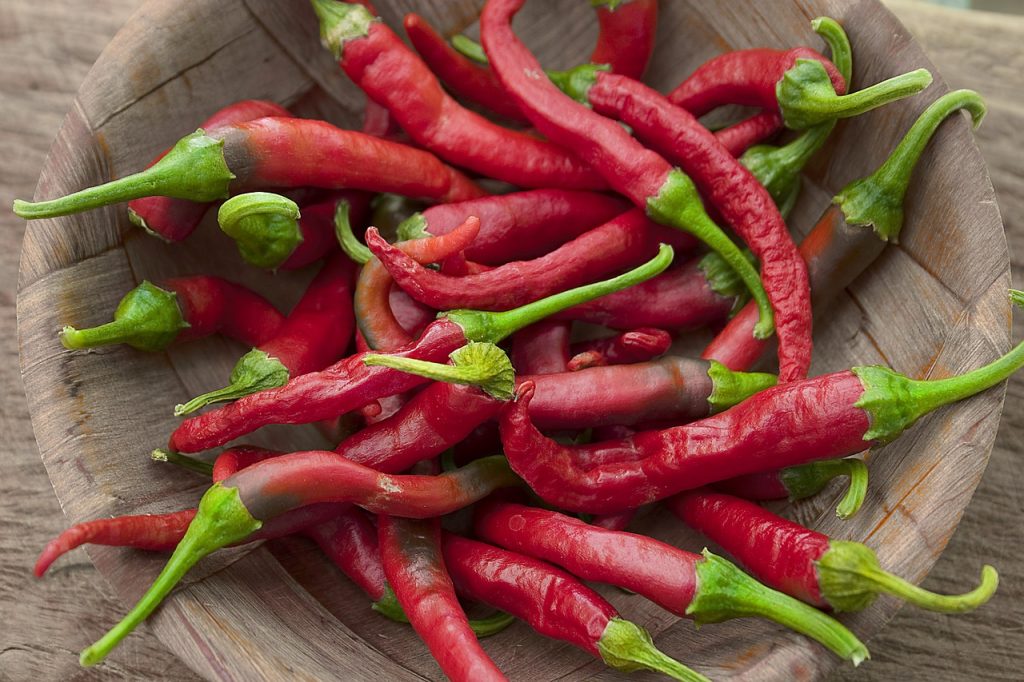 Chili falls definitely into the category of mood food. Chili peppers contain the substance capsaicin. This is the substance that in fact drives us to tears when eating chilli-spiced food. Capsaicin irritates the nerve cells in the mouth, which is often perceived as a burning sensation or pain. This feeling of pain causes our brain to release endorphins into our body system. Ultimately, these endorphins relax and put us in a positive mood. Scientists speak of the so called “pepper high effect”. 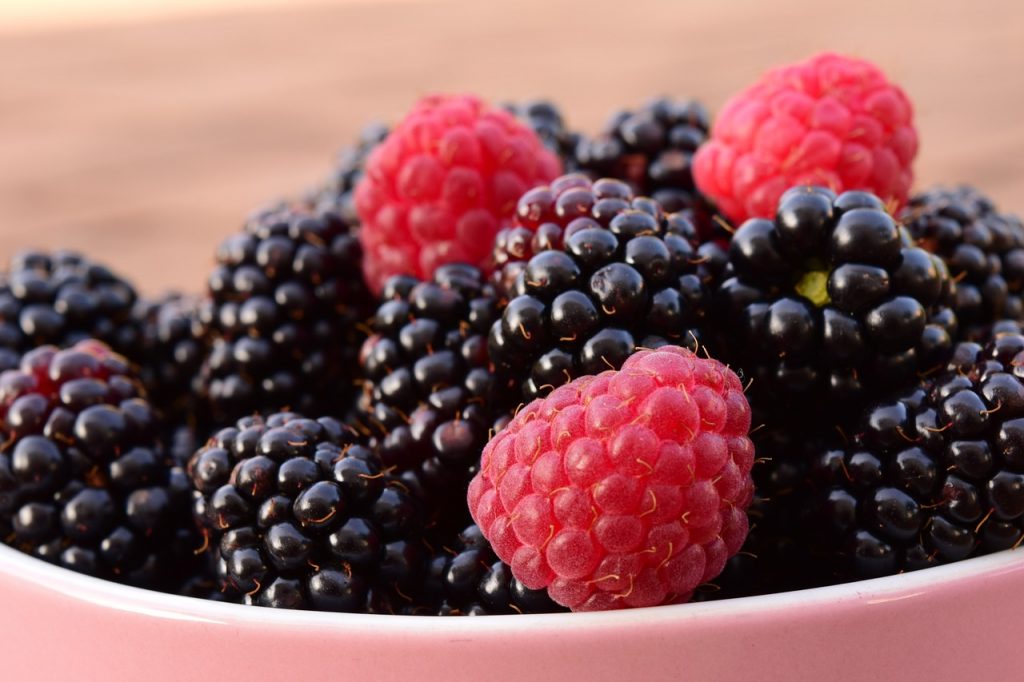 Berries in general are valuable magnesium suppliers. The main task of the mineral is the transmission of stimuli during muscle contraction, but it also affects our mood – Magnesium inhibits the release of “stress hormones” adrenaline and noradrenaline and relieves the body during stressful phases. 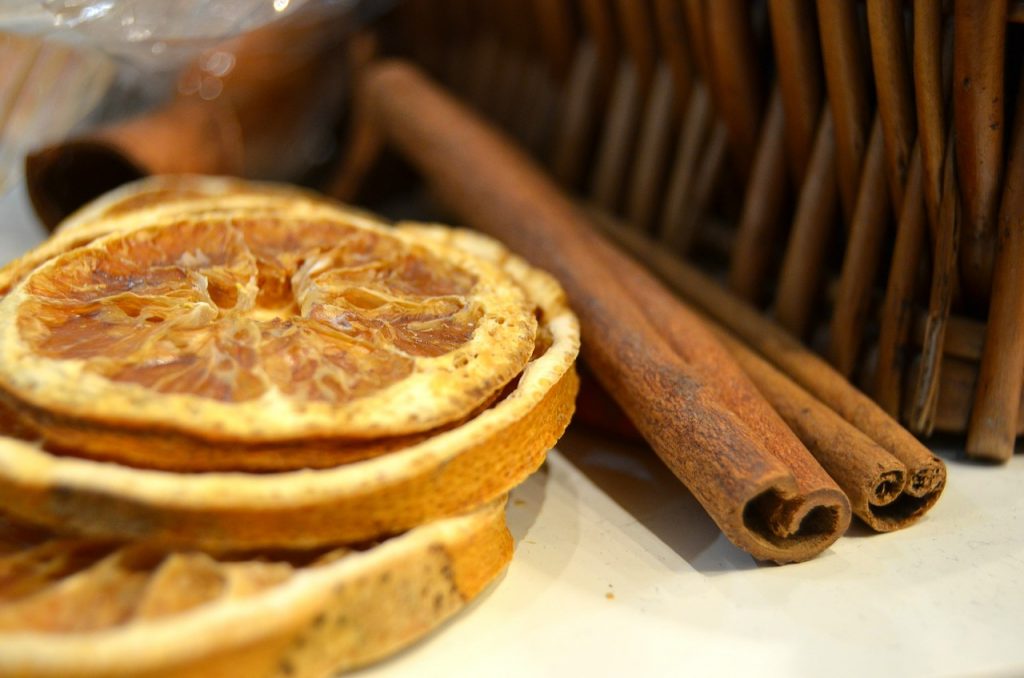 The vanilla pod is also called by some scientists “the queen of spices”. It is believed that the consumption of vanilla boosts the secretion in the brain. However, it does matter if real vanilla or vanilla powder is being used. The vanillin artificially produced does not produce the same effect. The smell of real vanilla, also found in vanilla spiced candles, can also have a very relaxing effect. 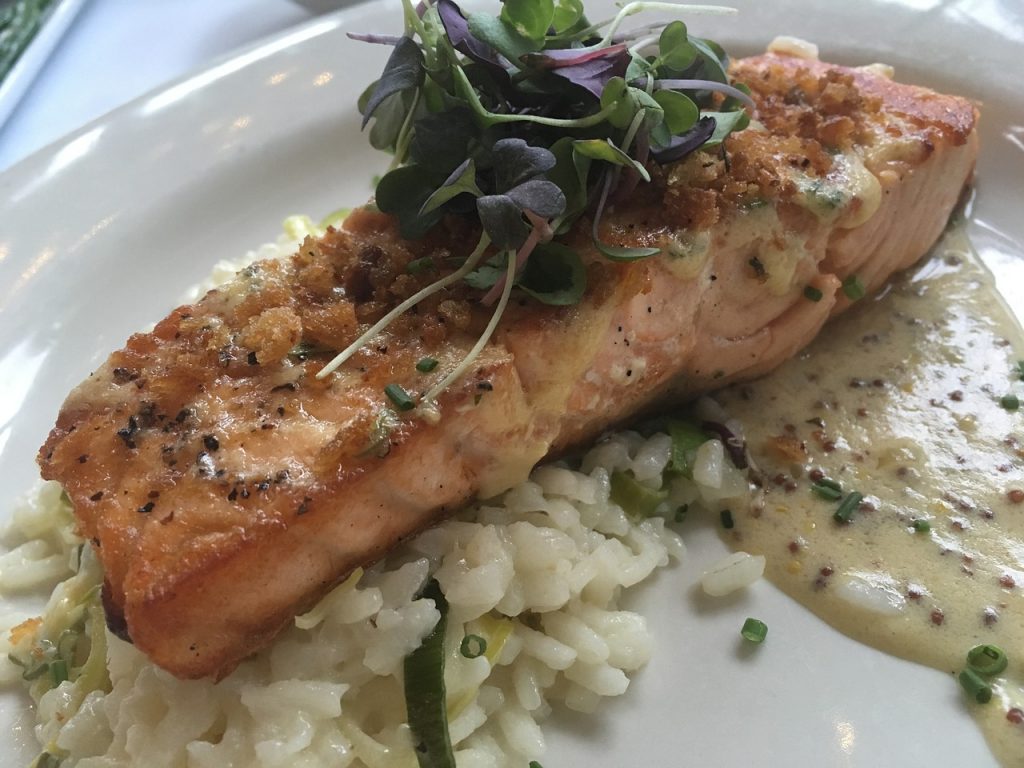 The valuable omega-3 fatty acids in fish not only help in cardiovascular diseases. According to various studies, those healthy fats can also help to relieve your system from depression. Fatty sea fish, such as salmon, mackerel and herring, provide a particularly large supply of omega-3 fatty acid. The German Nutrition Society (DGE) recommends 2 servings of fish per week. 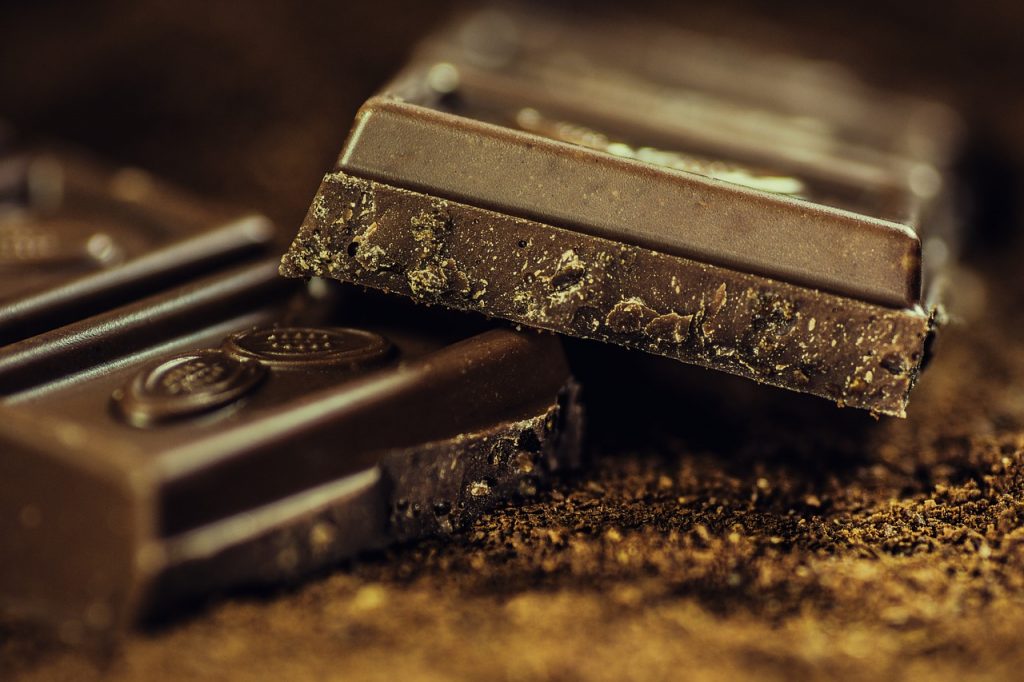 In general, chocolate is often referred to as soul food. Because in addition to the high sugar and fat content, it also contains tryptophan and theobromine, which are able to stimulate the release of serotonin in the brain. However, this process has not been scientifically proven yet. And beware: A chocolate bar provides 500 calories and is therefore a real calorie bomb!

The key to happiness: Serotonin

The key substance for happiness is the neurotransmitter serotonin, which is also referred to as the body’s own “happiness hormone”. This substance is produced in the brain and puts us in a good mood. Unfortunately, serotonin cannot be absorbed easily through food because it cannot go through the blood-brain barrier. Nevertheless, the release of serotonin can be stimulated by eating food that contains tryptophan, which is the precursor of serotonin and helps to penetrate the blood-brain barrier.