Stories of Kindness: Public Refrigerators for Those in Need

Some of these stories stick, they start in one place and soon they spread, like poppy seeds. This is the case with the public fridges (refrigerators) project, which started in Berlin in 2014 as part of a food-sharing initiative (foodsharing.de). The idea is that individuals, restaurants and supermarkets leave in those fridges fresh food or leftovers that can be taken and used by anyone who needs them, avoiding the waste of perfectly edible food. The rule is that you swap food you have too much of for something you need.

According to research by the University of Stuttgart, German people throw 82 kilograms of food a year per capita. An outstanding figure that repeats in other countries around the world.

Such was the success of the initiative that it was soon implemented in other countries like the UK, which just launched the first community fridge in the south of London. The People’s Fridge, as it’s been called, is run by a group of volunteers whose aim is not only to cut food waste but also to help tackle poverty. According to Positive News, each household in the UK trashes an average of 24 edible meals a month while around 8.4 million people in the country live in a state of food insecurity.

Success is getting what you want, Happiness is wanting what you get - Get Gratitude!
No act of kindness, no matter how small, is ever wasted. Click To Tweet

The initiative also resonated in far-off Argentina, where the first “social fridge” was opened last year under the premise “Food should not be thrown away”. Fernando Rios Kissner, the person behind the idea and owner of a small restaurant, said that they didn’t know what to do with the enormous amount of food they had to trash each day. “At first, [the community fridge] seemed more like a problem because of the high maintenance that food requires, but I really preferred to have the restaurant closed down and the fridge project discontinued instead of playing the fool and turning a blind eye to the poverty and starvation in my province”, he admitted. 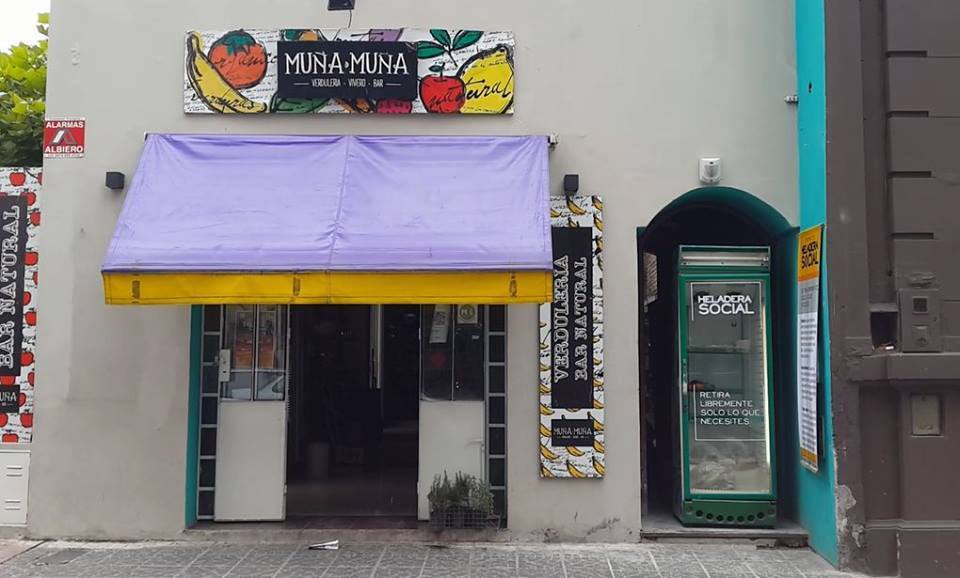 We always celebrate kind gestures and projects and are happy to share them. If you think there is one that deserves being known and spread, email us at [email protected] and we’ll publish it here!