As part of our mission to spread stories of random acts of kindness, we want to share Pauly’s Project.

Paul Avila tells that when he was young he would go with his mother to Los Angeles’ skid row to bring food and clothes for his uncle, and that during his life, he never forgot how good it felt to help him.

Pauly, his teenager son, is blind and severely autistic. “Since Pauly cannot see and talk, we’ve relied on music to soothe and calm him.”

Inspiration struck him when he saw a homeless man smiling and dancing whilst listening to music on his headphones, much like his son would do. He says that at that moment he found his calling. He remembered how good it felt to help when he was a kid and decided to help in a different way: with his own money, he purchased radio headsets and distributed them among the homeless in Los Angeles. “I know firsthand the power and happiness that music gives to Pauly, and I want to bring that same joy to others.”

As the news of his project started to get public attention, others helped Paul with “Pauly’s Project”, whose mission is to “change the streets one heartbeat at a time”. With more resources, he was able to purchase more headsets as well as hygiene products and essential items.

“A simple radio can bring the homeless the empowerment of music, news and sports and connect them back to society.”

Kindness is contagious. If you liked the story, please share it! 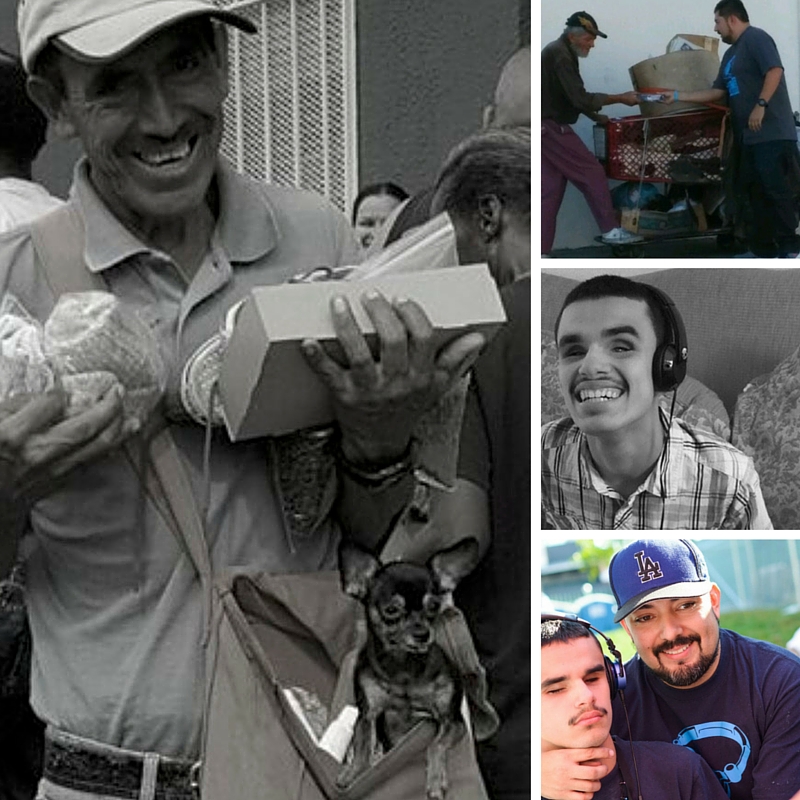