10 self-destructive habits you should change now

There are certain behaviours that are absolutely toxic for us. They are toxic because they hinder both your personal and professional success. Some of them are so destructive that they can affect your overall well-being and may push people away from you.

Whether we are aware of them or not, and whether they are constant or only happen once in a while, all of us at some point allow these behaviour patterns to occur, and it’s critical for our long-term happiness that we are able to recognize them and change them..

There are many toxicf behaviours, but these are some of the most destructive ones. Take a moment and reflect on them.

1. Don’t blame others for your mistakes.

It’s always easier to play the victim, to blame someone else, the situation, the place, or the weather for our suffering, mistakes or misery, but you need to take responsibility for your own actions.

When you find excuses and blame other people for a given outcome or situation, not only are you taking a passive role and not resolving the problem, but you are also showing a common trait in people who fail to succeed at pretty much everything.

Instead of playing the blame game, take a moment and think:

Self-pity is basically one of the most destructive behaviours you can adopt in life. It is dangerously comfortable, it can be addictive and, what is worse, it can become your default emotion when things get tough.

Self-pity is defined as a feeling of sorrow for yourself because you believe you have suffered more than is fair or reasonable. It is an excessive, self-absorbed unhappiness over one’s own troubles.  Or as John Gardner describes it:

“Self pity is easily the most destructive of the non-pharmaceutical narcotics; it is addictive, gives momentary pleasure and separates the victim from reality.”

Life is many times unfair, but you cannot allow yourself to dwell in the pain. When you fall into this attitude of pitying yourself, you are letting the circumstances take control of our life, when it should be exactly the opposite. You are the one in charge of your life; nobody or nothing else.

3. Don’t judge others so quickly.

Despite our own efforts, at some point or another we will all judge someone else’s behaviors and actions. Many times we look at someone (re)acting  in a way we wouldn’t, or in a way we don’t fully understand, and we immediately draw our own conclusions.

Simply because we don’t know what others have been through is reason enough to be cautious before judging someone. Behind an aggressive behaviour there can be insecurity. Behind a cold or distant attitude there can be fear. Remember that what you say about others says a lot about you.

Everybody would like to be liked and accepted “just as we are”, as Mark Darcy said to Bridget Jones, but worrying too much about what people may think or say about you could be really stressful.

Seeking approval when is not needed is a form of self-rejection because you are putting others above you.

Still, we do feel a need to behave in a way that is accepted and welcome by others – which is highly exacerbated today by social media. Psychologists call this conformity, which is the tendency to conform in order to gain social acceptance, but trying to conform all the time is a waste of energy; you cannot control what other people think or say about you – just as they cannot control what you think or say about them.

“Be who you are and say what you feel because those who mind don’t matter and those who matter don’t mind.” Dr. Seuss

5. Make peace with your past. Forgive yourself.

If you could go back in time, would you change anything you’ve done?

We all make mistakes, and we are usually harder on ourselves than on others. Dr. Fred Luskin, director of the Stanford University Forgiveness Projects, says that we find it hard to forgive ourselves when we’ve done one of these four things:

Replaying what you did over and over again in your head isn’t going to help you. It just makes you feel bad. And because misery loves company, you will probably drag those around you down too.

Forgiving yourself doesn’t mean you are freeing yourself from the consequences of your actions, but it is necessary for your own mental well-being that you accept yourself and your flaws. What’s done is done. There is no way back. Learn the lesson, don’t repeat the same mistake, but turn over the page and allow yourself to move on.

Resentment implies an unconscious unwillingness or inability to forgive. Even if we say we want to let those feelings go, it is not uncommon that we keep going over and over again through them in our mind. “We do so because we believe the illusion that by belaboring our resentment, we will somehow achieve the justice we believe we are due” says Mark Sichel.

The longer we ignore and do not solve our resentment, the stronger it gets. There is a very wise quote in buddhism that says: “holding onto anger is like drinking poison and expecting the other person to die.” Clinging to your anger and resentment towards someone you once felt close to will only hinder your capacity to move on.

Self-defeating is a tendency to sabotage our own success, to do things that will cause us to fail. Reasons for this habit may range from a poor self image to an inability to make strong social connections. It affects our personal, professional and social life, and will represent an obstacle to get what we want in life.

The big problem with self-sabotage is that, because of the negative feedback loop that self defeating behaviour creates, it becomes a self-fulfilling prophecy. This means that if you believe, for example, that you are not able to be in a relationship for, say, longer than a year (because that has been your experience), then you may start acting in ways that will sabotage any relationship until it soon ends, which will only serve to reinforce your belief that you can’t be in long relationships.

The key to change this behaviour can be in understanding its reasons, identifying them when they occur, and working on your self-esteem.

Acting as if you’ve seen everything and you “know it all” is a form of bullying, even if that is not your intention. No matter how clever or how well travelled you are, how many books you’ve read or how prestigious the university you attended is, there are tons of things you don’t know. Period. Positioning yourself over others, looking down on them, their knowledge or their experience, will leave you alone. Open your mind and hear what other have to say.

Be humble enough to admit that you don’t know it all. Learn to listen. As soon as you acknowledge you don’t know everything or as much as you think you do, things will go a lot smoother for you.

9. Don’t isolate from the world.

Spending some time alone is good, specially for introverts, who tend to avoid being in big groups. But social isolation is more than simply spending some time on your own. Staying home for days, not talking with anyone, and generally avoiding contact with other people is a sign that something is not quite right, especially when you no longer benefit from your solitude.

Social isolation can be the result of depression, social anxiety, low self-esteem, among other mental health issues. It is destructive because it can exacerbate those feelings and alienate yourself from the world.

Even if you feel bad, make an effort and go out. If you find it very hard, then probably you should seek help.

10. Don’t turn a blind eye to your physical health

Physical and mental well-being go hand in hand. Do not allow yourself to sleep less than you need for long periods. Do not allow yourself to regularly eat unhealthy food. Sleep is crucial to mental and physical health. Healthy food is absolutely important to prevent illnesses. And exercising is critical for both mental (as a stress reliever, for example) and physical well-being.

Life will try to teach you many lessons. If you are a good learner, you will evolve with each of them. 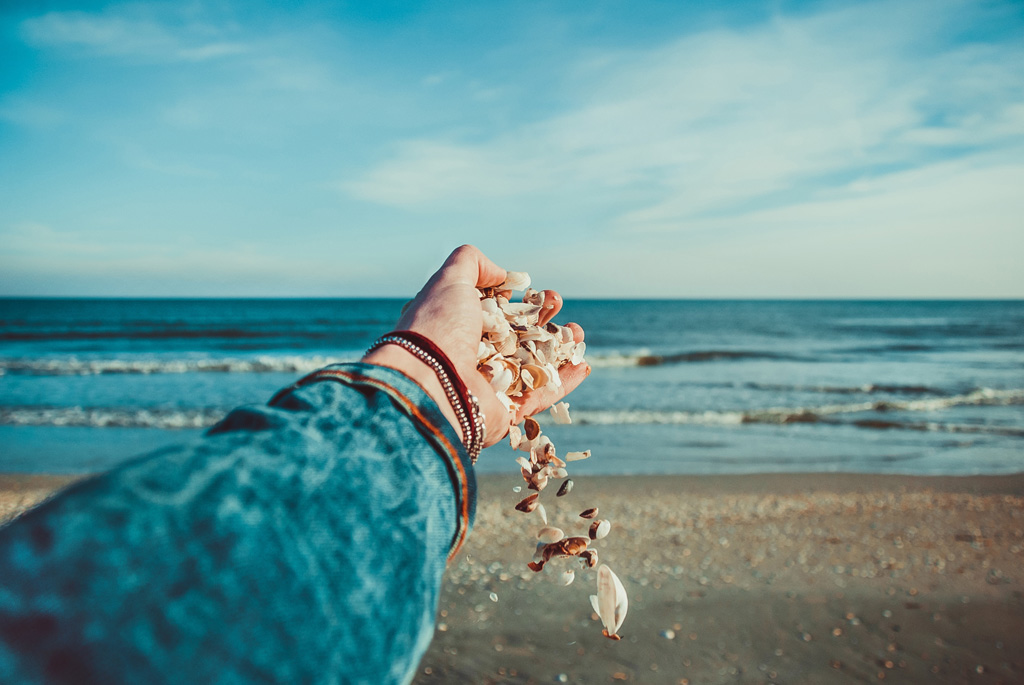